Dr. Swale is committed to the highest standards of quality, care, service, and outcomes for his patients and referring doctors. He wants his patients to see their best in the safest possible way, achieving independence from glasses and contact lenses whenever possible and desired.

Dr. Swale joined Fisher-Swale-Nicholson Eye Center in 1991. Additionally, he was the LASIK surgeon for the LASIK Vision Institute in Chicago from 2004 until 2007. He then founded Solutions in Sight Laser and Surgery Suite in 2008, where he performs in-office surgery. Solutions in Sight has earned accreditation from AAAHC and AAAASF, which ensures that our policies, procedures, and practices adhere to the highest standards of quality health care. In 2014, Dr.
Swale became the only surgeon in the area offering laser-assisted cataract surgery with LENSAR laser to his patients.

Dr. Swale chose the field of ophthalmology because of his work with naval aviators. Over the last 28 years, he has been, and continues to be, passionate about what he does because of the positive impact he has on peoples’ lives, improving their sight and reducing their dependence on glasses. In his experience, he has found that taking the time to explain the life-changing benefits of cataract and refractive surgery has helped patients to overcome any fears they may have of surgery.

Originally, Dr. Swale is from Villa Park, Illinois. During his flight surgeon training in the navy, he learned to fly helicopters and has since jumped out of airplanes (skydiving) for fun. He came to Bourbonnais to live and work closer to family. Outside of the office, Dr. Swale enjoys spending time with his wife, four adult children, and seven grandchildren. Additionally, he enjoys gardening, walking the family dogs, and cheering on the Chicago Cubs. Dr. Swale has also been involved with medical missions, donating his time and expertise in Guatemala and India.

Dr. Nicholson studied biology at Michigan State University. He earned his Doctor of Optometry from the Illinois College of Optometry, where he received multiple awards for his clinical and academic achievements. Dr. Nicholson’s clinical skills were enhanced with his training at the Louis Stokes Medical Center, the Illinois Center for Rehabilitation and Education, and the Illinois Eye Institute. He has also participated as a member of the Lions Club – Gift of Sight mission team in Mexico, Thailand, Brazil, and Haiti. Dr. Nicholson is a member of the American Optometric
Association and the Illinois Optometric Association.

Since 2001 Dr. Nicholson had been an associate at Fisher-Swale-Nicholson Eye Center but was made a partner in 2006. He practices comprehensive ophthalmic care with an emphasis on contact lenses, and his clinical interests include glaucoma, anterior segment disease, and keratoconus.

Dr. Nicholson became interested in optometry after receiving his first pair of glasses when he was in 6th grade. He was amazed at what he had been missing and with what he could then see after receiving glasses. Over the last 25 years as an optometrist, he has been and continues to be passionate about what he does. He loves meeting and talking with new people and helping them to see and feel their best. He also loves the opportunity to travel to other countries and participate in medical missions, bringing care to those that cannot otherwise receive care.

Originally, Dr. Nicholson is from Port Huron, Michigan. When not at work, he enjoys spending time with his wife, two sons, and their dog, Bear. He also enjoys traveling, hiking, and running. His hobby is brewing beer.

Dr. Franklin earned his undergraduate degree from the University of Virginia, College of Arts & Sciences in Charlottesville, Virginia. He received his medical degree from Sidney Kimmel Medical College at Thomas Jefferson University in Philadelphia, Pennsylvania. Following medical school, he completed an internship in internal medicine at Advocate Lutheran General Hospital in Park Ridge, Illinois. He then went on to complete his ophthalmology residency at Nassau University Medical Center in East Meadow, New York.

As a comprehensive ophthalmologist, Dr. Franklin diagnoses and treats visual disorders and eye diseases, including but not limited to glaucoma, macular degeneration, cataracts, diabetic retinopathy, and emergency eye care. He also has a special interest in cataract and refractive surgery.

Dr. Franklin is a member of the American Society of Cataract and Refractive Surgery and the American Academy of Ophthalmology. He has an extensive background in basic science and clinical research, including research with the retina department at Wills Eye Hospital in Philadelphia, resulting in numerous publications.

Dr. Franklin has been in practice for 4 years, and he is passionate about what he does. He chose ophthalmology in order to preserve and restore vision to his patients. With ophthalmology being a field that benefits immensely from technological progress with new innovations and treatments consistently becoming available, patients can regain their visual function and experience dramatic improvements in daily function. This is what Dr. Franklin loves about ophthalmology– helping patients to regain their visual function so that they can get back to enjoying all the same hobbies and activities as before.

Originally, Dr. Franklin is from Wayne, Pennsylvania, and is believed to be a descendant of Benjamin Franklin. Recently, he and his wife relocated back to the south suburbs of Chicago, where his wife grew up. Outside of the office, Dr. Franklin enjoys spending time with his family and friends and enjoys traveling, reading, basketball, cooking, video games, and outdoor activities.

Dr. Zielinski received her Bachelor of Science degree from Benedictine University and her Doctor of Optometry degree from Illinois College of Optometry. During her clinical rotations at the Illinois Eye Institute, Loyola Medical Center, and Edward Hines Veterans Hospital, she received extensive clinical training that prepared her for practicing comprehensive optometry. Before joining Fisher-Swale-Nicholson Eye Center, Dr. Zielinski worked at a private ophthalmology practice for 5 years. Her clinical interests include dry eye treatment, glaucoma management, and binocular disease disorders.

Dr. Zielinski grew up in the Chicagoland area. She is a first-generation American and speaks fluent Polish. Her interest in optometry started at an early age with her annual examinations by her family optometrist. While studying for her undergraduate degree, Dr. Zielinski worked as a vision therapist, which solidified her decision to pursue optometry as a career. When not practicing optometry, Dr. Zielinski enjoys spending time with her husband, family, and friends, enjoying the outdoors, reading, and traveling. 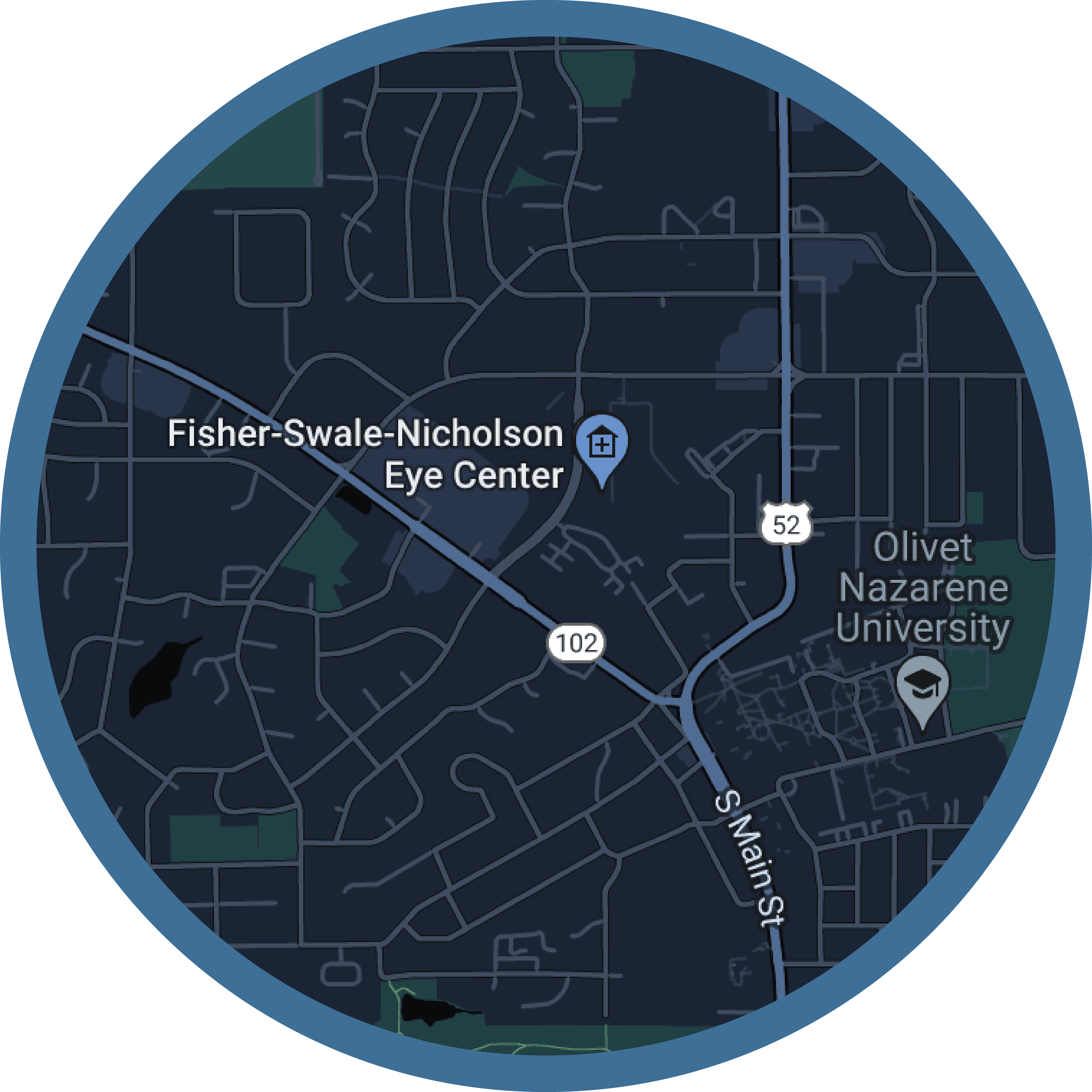 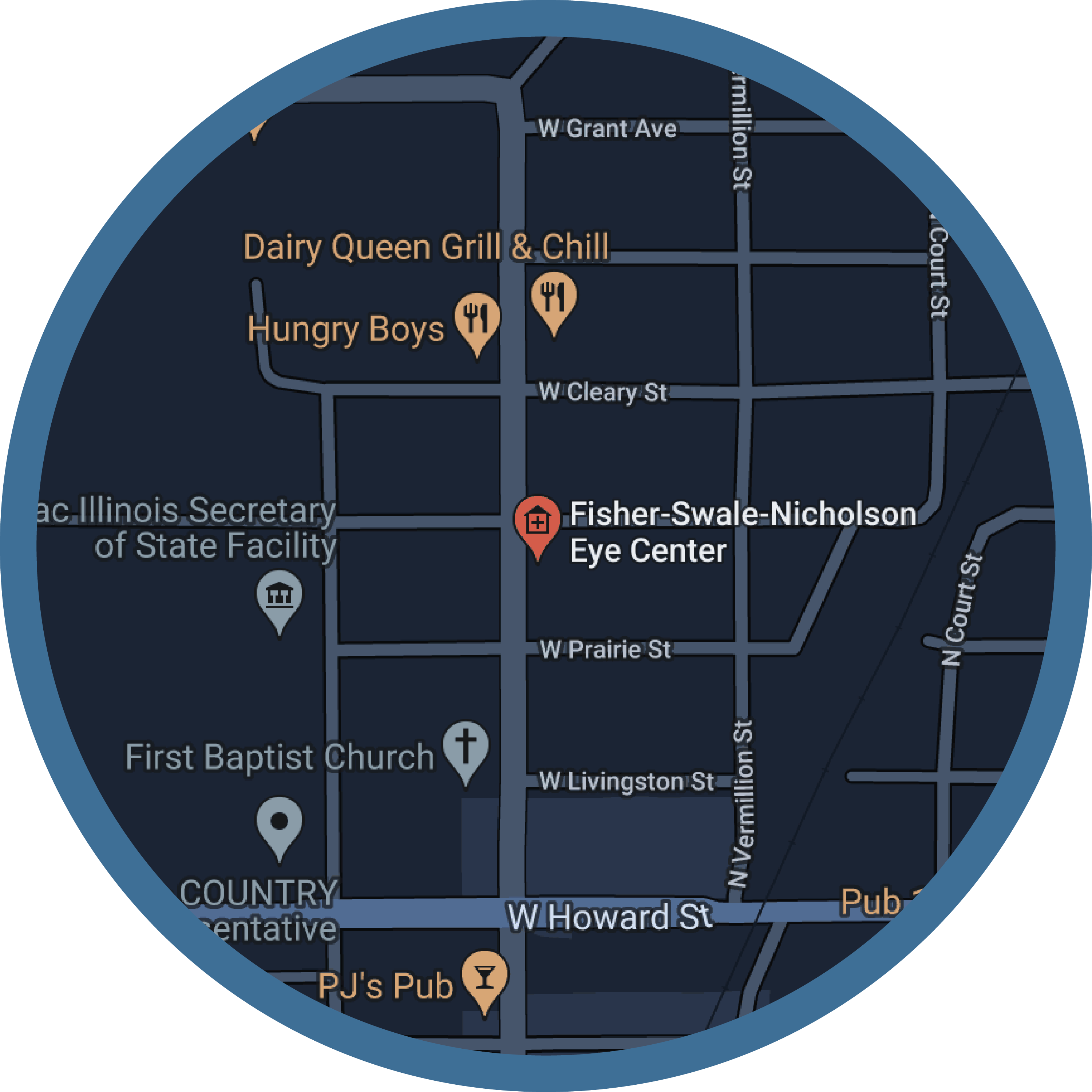